HKM continues celebrating 100 years with you our customers, dedicated employees, partners & suppliers.
We previously shared our earlier days from the Roaring 20’s to the Boomer’s 50’s, if you missed them then follow this link.

Time to explore the swinging ‘60’s, with the cultural revolution — a decade of exaggeration in design & fashion and advertising targeting youth. It was also a tumultuous time with the Vietnam War protest, Women’s Liberation, and the Civil Rights movement all taking place. Currently, Cleveland became the home for football and Ohioans led the US’s space race while HKM was conceived from a merger and Scott Durham was born!

HKM During the 60’s
The HKM of today appeared with the merger of Hauser-King Printing and Marford Direct Mail. The Marford purchase dramatically expanded HKM’s presence in direct mail significantly expanding HKM’s overall capabilities and presence. HKM begins printing for Cleveland headquartered national companies such as financial and industrial companies, not only lettershop but brochures and catalogs–which all grew dramatically in the 60’s. HKM continued to grow with ad agency type services, continuing to pitch advertising campaigns with their Blue-Chip clients. To supplement the new direct mail equipment HKM purchased IBM Memory typewriters, Cheshire labeling machines for the mailroom to aid in mass production of print and mailing personalized letters and the Chief 17.5 x 22 color press.

Cleveland
John Glenn born in Ohio, was the 1st American to orbit the earth. The Pro Football Hall of Fame opens and concurrently the Cleveland Browns win the NFL Championship (‘64)! The Beatles come to Cleveland and The Innerbelt Freeway opens to its full length. Higher education explodes with Cleveland U (’64), Cuyahoga Community (’66) and Case Western University all being established (’67). Sadly, a burning oil slick on the Cuyahoga River attracts national attention highlighting problems with water pollution. But the 1st successful coronary bypass is performed at The Cleveland Clinic and Ohioan Neil Armstrong is 1st person to walk on the moon.

Happenings in the World
In the 60’s the cultural revolution emerged, driven by an era of social and cultural upheaval with the women’s liberation, the Civil Rights movement, Vietnam War protest, and the Summer of Love all taking place. People expressed themselves through peace symbols, short skirts, bell bottoms, big hair, and the Beatles, Rolling Stones, Beach Boys and Jimi Hendrix’s were on the air waves.

TV advertising takes off with commercial characters like Ronald McDonald, Pillsbury Dough Boy and Speedy Alka Seltzer all being “born.” Due to all the social upheaval, advertising turns toward innovation, sophistication, and the youth culture — which was driven by 50% of the population being under 25, the result of the baby boom in the 50’s. Bright, psychedelic colors and style takes hold with Op Art and vibrant colors exploding. Publishers Clearing House starts selling magazine subscriptions by direct mail and posters, flyers, and banners were used to protest the Vietnam War and support the Civil Rights Movement and Women’s Liberation. 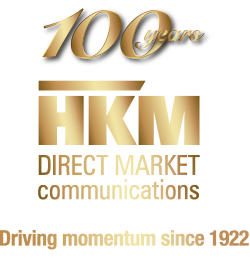